The Luck of the (Scots)Irish: A Glimpse of Appalachia Heritage

With March upon us, everyone is celebrating the luck of the Irish, but here in Appalachia and the North Carolina High Country, much of our agricultural, musical, craft, and storytelling heritage is influenced by Scots-Irish settlers. These settlers’ migratory history is based upon issues such as war, economic hardship, religious conflict, and the promise of a better life.

The Scots-Irish migration to North America began at the end of the 17th century when word of the wonders of The New World reached Northern Ireland. 100,000 Scots-Irish embarked on a journey to North America, arrived along the Atlantic Coast, and then made their way into the western Appalachian Mountain region of the Carolinas and Tennessee. They brought with them their religion, folk traditions, and cultural traits which contributed to the distinctive cultural mix that developed in Southern Appalachia. Today, the Scotch-Irish influence continues to impact the people of western North Carolina.

For instance, the origin of the nickname “hillbilly” has Scots-Irish roots. Scots-Irish who settled in Appalachia brought traditional music with them, and many songs concerned William, Prince of Orange, who defeated King James. Supporters of King William were often referred to as “Billy Boys,” and this nickname soon morphed into “hill-billies” in North America.

Perhaps the most recognizable cultural aspect of the Scots-Irish is the traditional Tartan. A Tartan is a woven cloth with a distinctive pattern, worn by distinguished Scotch and Scots-Irish clans. If you have some Scots-Irish heritage, you may find that your family’s tartan pattern is registered with the Tartan Authority!

If you’d like to experience Scots-Irish heritage first-hand, you’re in luck! The Grandfather Mountain Highland Games take place each year at MacRae Meadows. Experience Scottish music, dancing, foods, costumes, field games, and more. You can even buy your own Tartans and kilts at the vendors’ tents! 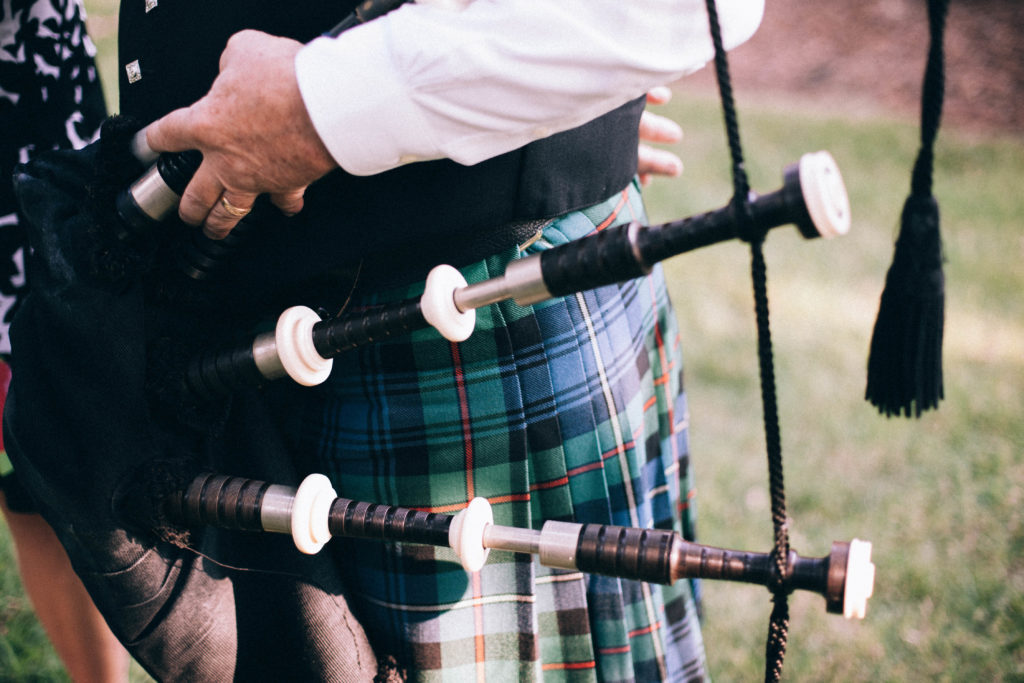 In the North Carolina High Country, visitors can learn more about the heritage of the Scots-Irish and other immigrants. Horn in the West outdoor drama and Hickory Ridge Homestead are right here in Boone, North Carolina!

As the nation’s longest-running Revolutionary War drama, Horn in the West is performed in the beautiful 35-acre Daniel Boone Park in Boone.
Horn in the West pays tribute to the courage and determination of the early settlers who came to the Blue Ridge Mountains seeking freedom and escape from British oppression. The story tells of the lives of these mountain people during the turbulent years of the Revolutionary War. A well-known character portrayed in the drama is Daniel Boone, for whom the town is named.
More than 1.4 million guests have seen Horn in the West since it opened in 1952. The script was written by Dr. Kermit Hunter, who also authored the original Cherokee drama Unto These Hills and 40 other historical productions.
Located on the grounds of Horn in the West lies the Hickory Ridge Living History Museum. The 18th-century museum gives visitors a feeling for the daily lives of early mountain settlers, as the staff dress in period clothing/costume. The museum strives to recreate the atmosphere of a small mountain community around the time of the Revolutionary War and offers demonstrations in fireside cooking, spinning, hand-sewing, blacksmithing and other crafts.
The 2018 season of Horn in the West outdoor drama runs June 22nd-August 11th, Tuesday through Sunday. The Hickory Ridge Living History Museum is currently open from 10:00 am to 2:00 pm Tuesday through Sunday. 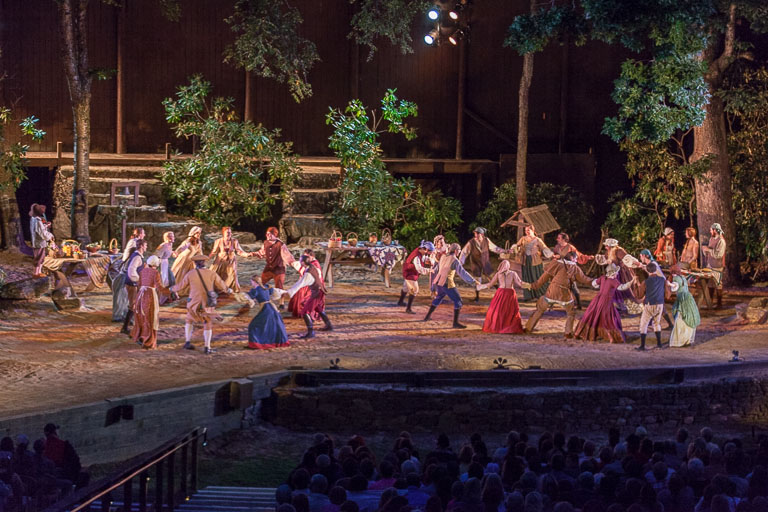 A Scene from Horn in the West. Photo taken from HornintheWest.com

Click Here  for more information about the Scots-Irish journey to Western North Carolina:

Click Here to for more information and to purchase tickets to the Horn in the West outdoor drama for the 2018 season!