“Sherman made the terrible discovery that men make about their fathers sooner or later . . . that the man before him was not an aging father but a boy, a boy much like himself, a boy who grew up and had a child of his own and, as best he could, out of a sense of duty and, perhaps love, adopted a role called Being a Father so that his child would have something mythical and infinitely important: a Protector, who would keep a lid on all the chaotic and catastrophic possibilities of life.” –Tom Wolfe, The Bonfire of the Vanities. Brave, protective, hard working, and loving are all terms of endearment we use for our fathers, but the truest of all is wise. The father’s here at Vincent Properties have shared their advice and prove this to be true.

“Learn to give and forgive.  It will not always be equal, but is likely to and should equal out over time.

“Have fun with them, love them and make sure they know they are loved, put them before yourself, make your little girl pinky promise she won’t date until she is 30, but most importantly;

Train up a child in the way he should go, and when he is old he will not depart from it. Proverbs 22:6″ 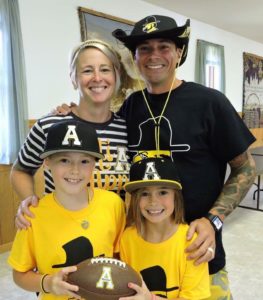 “If you are playing baseball keep your face away from the bat.”
“Always Help your mother.”
“Flowers are a must on Mothers Day.”
“Dad doesn’t need anything especially that ugly tie.”
“Give your best effort.”
“Sometimes it’s ok to lose because sometimes the other person is just better than you are.” 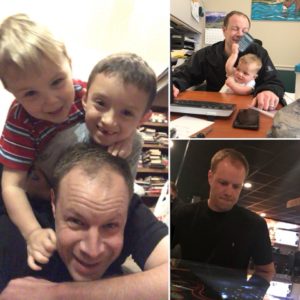