The homecoming football game is the event of the season for every football town. For the High Country, the homecoming football game for Appalachian State University is the epitome of the name: Coming Home. It serves as an annual  “welcome back” to the roots of (a now nostalgic) wonderful time in our lives. It also helps us gain a sense of comradery with fellow ‘Neers! This year’s homecoming was one that will go down in the history books: an “edge of your seat” exciting game, wonderful halftime show and above all- a love for Appalachian State University. 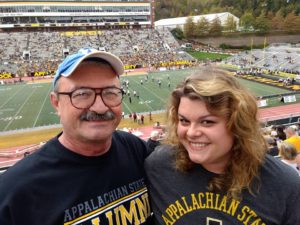 I suppose I should mention, I did not graduate from Appalachian State University, but both my parents are proud to call it their Alma Mater. However, it has become a Father & Daughter tradition to bring in at least one good ole’ game a season and traditionally it has been the homecoming game. It has always been a day I look forward to! Bundled up in the black and gold (though the cold was not a problem this year!) and getting to hear my dad’s stories of his “glory days” in Bowie Dorm, the original wind turbine and of course-more football. I imagine my co-workers have similar “adventures” – as almost all of Vincent Properties agents and staff are proud ASU Mountaineers.

Take Melissa Boone for instance, she graduated from Appalachian State in 2009. Melissa has been an avid supporter of Appstate athletics since day one.  Melissa has the tradition of kicking off Appstate football games by tailgating with her family and friends. For the homecoming game, they always pull out all the stops, and this year they brought home the gold. Literally!

May I present to you the “Winning Tailgate” of Appalachian State Homecoming 2017! 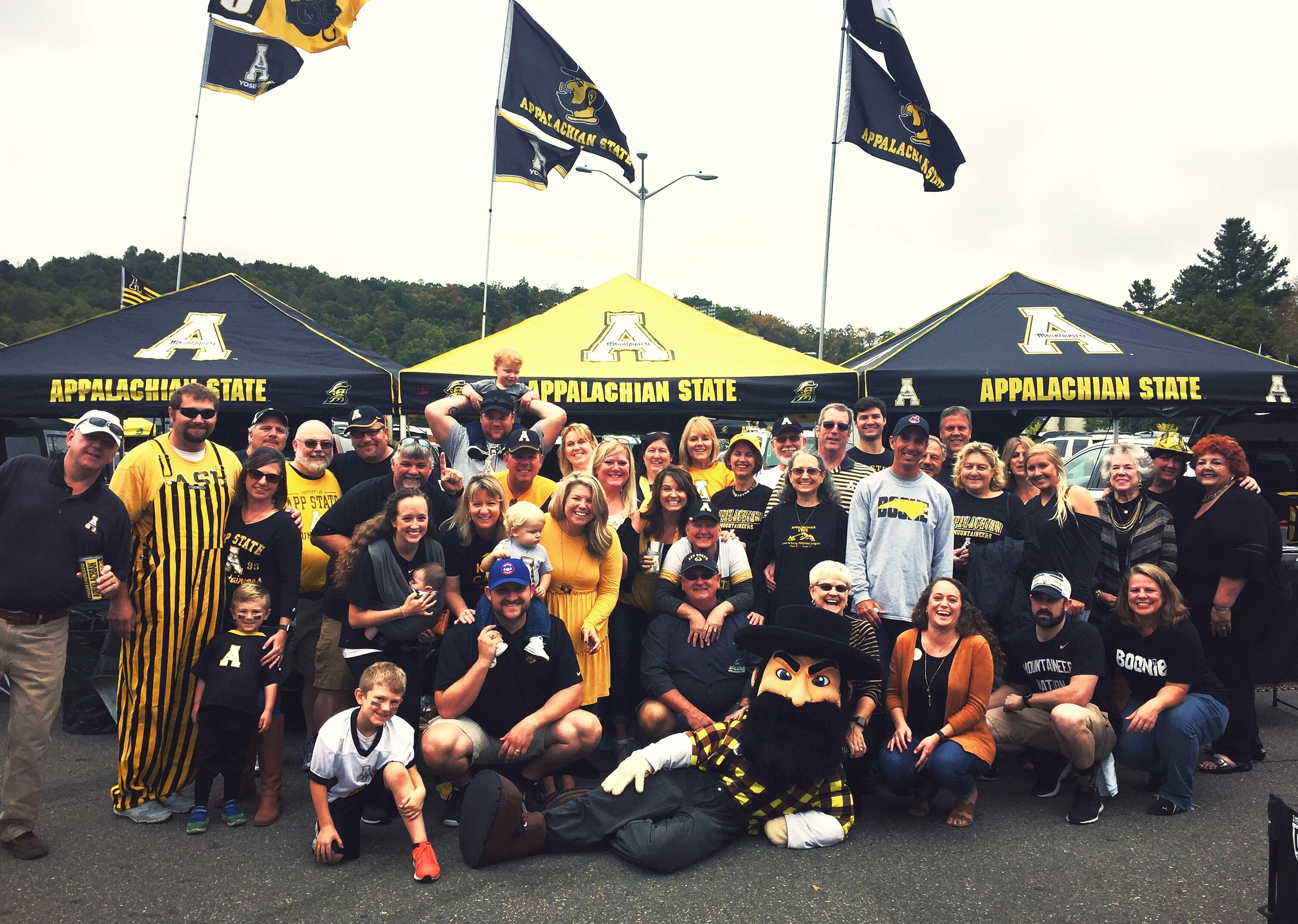 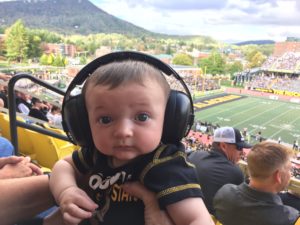 This year brought a new member to the family tradition,

as Melissa and Adam brought their “future Mountaineer”, Lincoln, to his first homecoming game!

The Game and Halftime Show

Appalachian State’s football program has always been the “contender” ! This game was one of the best I had ever seen! Granted it started out rough, with New Mexico scoring the first touchdown of the game by simply lobbing the ball down the middle into the in-zone.  It appeared that the Mountaineers did not have their heads in the game, finally getting on the scoreboard with a field goal kick . After the a wonderful halftime show of “Earth and Fire” covers by the Merriam Hayes School of Music Marching Band, it was like a whole new team had hit the field! Records were broken for interceptions (6 in total!), the score tied up THREE TIMES in the last quarter and freshman Malik Williams threw the winning touchdown in the last 5:45 of the game.  I originally said this game had everyone sitting on the edge of their seats- CORRECTION-everyone was actually standing on their seats!! Get the full game recap, here, including video! 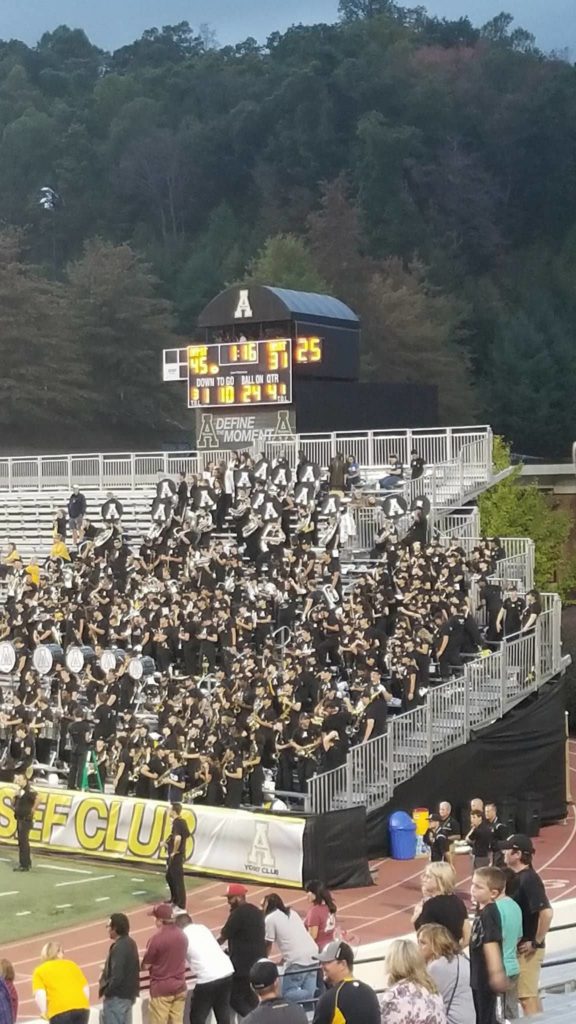